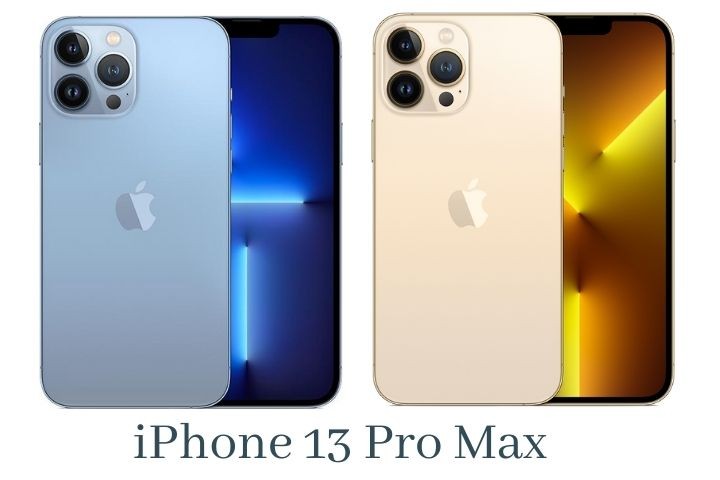 Although the display has a 120Hz refresh rate, it still has an ugly notch that interferes with watching movies. The A15 Bionic SoC provides excellent performance. You can choose between storage capacities of 128GB, 256GB, 512GB, and 1TB. The two most important new camera functions are Cinematic Mode and Photographic Styles.

It was easy to be the star when there was only one, at the time of the iPhone 5s, or when there was the “groundbreaking” iPhone X. But in the era of the overwhelming abundance of smartphones, it is more difficult to shine if the competition for attention also starts from home and you are born with not three siblings, but three rivals. In the analysis of the iPhone 13 Pro Max, we dive into the experience with the largest of the new iPhones, which is also the most complete, although perhaps not the most popular.

This year’s Pros have more twins than ever before, reducing their size differences and, almost as a punishment, to the battery. The iPhone 13 Pro barely improved the autonomy of the iPhone 12 Pro while introducing improvements in photography. After these days of using it, we’ll see if, concerning the iPhone 12 Pro Max, the same happens with the giant iPhone of 2021.

During the launch event, Apple talked a lot about the battery capacity of the iPhone 13 devices. It looks like Apple didn’t talk about a feature that appears to be unique to the iPhone 13 Pro Max, which has a lot more battery power.

In comparison to the previous generation, the camera hardware and battery have been upgraded. The optical zoom has been enhanced to 3X, enabling macro photography. Despite its exorbitant price, the iPhone 13 Pro Max is the finest of the best in the iPhone range.

Gigabit LTE with 44 MIMO and LAA

The design, display, and sound of the iPhone 13 pro Max

Apple is known and well-known for its conservatism, and that is a two-way highway: on the one hand, its most groundbreaking releases manage to be even more so; on the other hand, the more conservative releases seem somewhat more boring. In this case, we see a few changes: the notch is somewhat smaller, the cameras somewhat larger, and a slight redistribution of buttons and SIM tray. It’s all barely perceptible to an eye not excessively focused on mobile aesthetics.

With the 12 Pro Max next to the 13 Pro Max, with a bit of luck, you will be able to differentiate them by color at first glance, despite being somewhat heavy and bulky. We still think that the curved edges of the iPhone XR and iPhone XS would be more comfortable, but it must be said that the Pro Max does not slip or get dirty, although it is particularly wide and is less comfortable than other narrower phones (although equally tall and bulky).

As for the screen, on the iPhone 13 Pro Max, we see a 6.7-inch Super Retina XDR panel with a resolution of 2,788 x 1,280 pixels, resulting in about 458 pixels per inch. The contrast ratio remains at 2,000,000: 1, the maximum brightness has been increased to 1,200 nits and, above all, the 120 Hz maximum refresh rate has been reached. As we explained in the analysis of the iPhone 13 Pro, the ProMotion setting allows the system (and not the apps) to apply a refresh rate depending on the content, varying between 10 Hz and 120 Hz. This makes it possible for us to occasionally notice more fluidity, such as happens with animations and scrolls.

Although it lacks the resorted FullHD + resolution, the iPhone has enough resolution and pixel density to provide a very good viewing experience, though it falls short of rivals such as the Samsung Galaxy S21 Ultra (515 dpi, 3,200 x 1,440 pixels) and the ambitious Sony Xperia 1 III (which has a density of 643 dpi and 4K resolution).In general, they stand out for their contrast level and good calibration, although this time the saturation is somewhat higher (even with TrueTone).

The screen settings are the usual ones: concise and with hardly any possibilities for the user, both in terms of functions and customization. And another “important” novelty is the reduction of the notch, which is narrower without giving up FaceID, but we have no feeling of novelty by not taking advantage of it and with the frames that have remained. Of course, the tactile sensitivity is more than correct, and in general, leaving aside the frames and customization limitations, it gives a very good experience.

As for the audio, the stereo returns to give an excellent experience with a clear sound and a good dynamic range. Although the volume is more than enough to have it as a multimedia center in a standard room, there are no audio adjustments to its quality and there is still no minijack (although in theory, thinness should no longer be a problem).

At the performance level, the iPhone 13 Pro Max also takes the new Apple A15 Bionic in the full version (with the five-core GPU, compared to the four in the non-Pro iPhone 13). Apple does not indicate the RAM, but according to the benchmarks that you will see below, it comes with 6 GB, the same as in the 12 Pro. The hardware is sufficient for all kinds of tasks, from the simplest to the most demanding, and the temperature normally does not increase. It attracts attention not even in many games, with the occasional exceptions with “Genshin Impact” (especially in its first load) or iMovie.

iOS 15 has finally been released in its final form, signaling the launch of this phone and its siblings. The system does not present major changes in the visible part, adding functions adapted to the new hardware of the Pro at the level of the refresh rate and especially changes in some of its apps, such as Safari, FaceTime, or Weather. In version 15.0.1, some bugs, such as the unlocking with the Apple Watch, have been fixed, and the concentration modes, although they are not a novelty at the industry level, are very well raised.

At the biometric level, Face ID remains the only unlocking method in this regard. The experience is very good and continues to stand out compared to other similar systems, with a striking performance (too good) in the dark: with the face well-faced, no situation is a problem for him (the mask will be the only obstacle).

We are facing the iPhone with the greatest autonomy in a long time, perhaps in the history of Apple mobiles.

In terms of autonomy, we are facing the iPhone with the longest autonomy in a long time, perhaps in the history of Apple mobiles. The average is 1 day and 10 hours, reaching 37 hours even with ProMotion and, in fact, without seeing a marked difference between having the 120 Hz maximum rate configured or limiting them to 60 Hz. Of course, speaking of making history, the load is very different.

The cameras of the iPhone 13 pro max: the night confuses you.

With the largest sensor that Apple has installed to date, the iPhone 13 Pro Max has the following configuration at the camera level:

As they walked through the app, we had a good time with the iPhone 13 Pro (we invite you to take a look at that analysis if you want to see details about it) and since they have not yet fixed the performance of the macro mode, we will focus on commenting on the quality of the cameras on the Max. In general, the quality of the photographs is high, without miracles, highlighting realistic colorimetry and high contrast, showing that the detail is correct except in the wide-angle, which already shows noise in good light.

The macro mode usually gives good results, although we will always have a more attractive natural bokeh with the main camera (without being able to get so close to the item). At night, it gives us correct photographs in general, taking into account that at 3x we will have cutouts from the main camera (and not a shot from the telephoto lens) and that at wide-angle it takes a bit more to get a competent result.

The stabilization is still outstanding at the video level, even with the still-new system that they introduced (centered on the sensor). Cinematographic mode is the new hot toy and works well for its sensitivity and autofocus, although it requires a lot of light (many times it does not work at night even though the scene is lit) and only takes FullHD shots.

As for the front camera, it usually gives good photos during the day. At night, it will depend on the mode: in automatic and night mode, the result is solvent, but in portrait mode, it is better not to try. Seeing the results at night of the front and the wide-angle in particular, we can see that there is a lot of work to be done here and that what was seen on the iPhone 13 Pro was not accidental.

The iPhone 13 Pro max price in Bangladesh is the highest of all the smartphones. But it will be the right choice for those users who are used to gaming all day long and expect a premium-performance mobile phone.

Size Matters? Yes, in this case, it becomes decisive and something that should be considered when buying an iPhone if the brand is clear, since with the iPhone 13 Pro Max you have one of the least manageable mobiles in the house, but also one that makes you 100% neglect to charge the battery.

This is not a great evolution: the experience is very similar to that of its predecessor (and perhaps the 13 Pro is the 12 Pro that was not and should be). But in general, it is a good mobile, being huge and heavy but solvent.